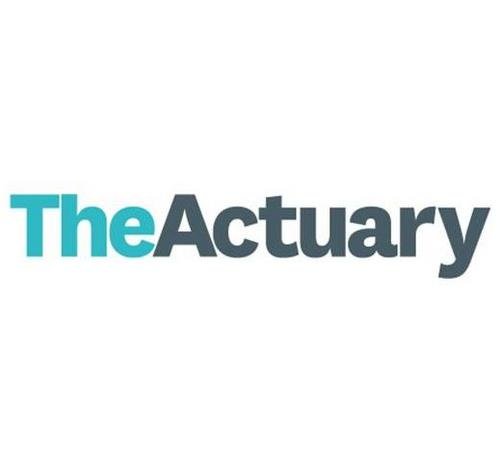 Compared with other professions, actuaries are a rare breed. In 2005, globally, there were 42,824 fully qualified actuaries in full member associations. Figures for other professions that year showed 9.5 million doctors, 5.5 million accountants, 6.5 million engineers and 67,000 chartered financial analysts.

The demand for qualified actuaries however, continues to grow. Key drivers of this demand include:

HOW CAN THIS DEMAND BE MET?

Several viable alternatives exist. Getting suitably qualified mathematicians and statisticians to carry out actuarial work is one option. The other is to redeploy actuaries doing non-actuarial work back to their core profession. Both paths are fraught with challenges, and should be viewed as longer-term strategies. Another approach is competing aggressively in the market for actuaries. However, the pool of permanently employed actuaries is diminishing, as many move into lucrative interim management, while others join consultancies to enhance career prospects and remuneration.

Importing qualified actuaries is another proven opportunity. Unfortunately, closing salary differentials and continued economic uncertainty in the developed world encourages many actuaries to opt for options in their own developing economies, and migrants are enticed to relocate back home for the same reason. For those who are willing to migrate, stricter immigration rules, especially in the UK and Europe, mean that this door is progressively closing.

South Africa, meanwhile, is proving to be an oasis for qualified actuaries and offers hope for meeting global demand. The window is narrow, as several insurers are already exploring this opportunity – one multinational insurer is setting up a Centre of Excellence in Cape Town. South Africa will also adopt Solvency II in 2014, creating its own internal demand. First movers will be the winners.

According to the Actuarial Society of South Africa, in 2011, the country had 751 Fellow actuaries – around 2% of the global qualified actuarial population – and 1,241 students.

By comparison, in 2010, India had 225 Fellows, the Philippines approximately 65 and the Czech Republic around 80.

Approximately 200 aspiring student actuaries enter the profession in South Africa annually. Up until 2009, South African actuaries had no choice but to qualify through the Institute and Faculty of Actuaries in the UK; so in 2011, 698 (93% of the total) South African Fellows were UK-qualified. The growth rate for actuaries is much higher in South Africa compared with the UK and Australia

While supply is relatively high compared with other countries, demand is comparatively lower – not taking into account Solvency II demand, emigration and the transition of actuaries into areas such as investment banking, which diminishes the pool.

The South African life insurance market was saturated in 2008, Wilma Terblanche concluded.2 Insurance penetration, defined as premium income as a percentage of gross domestic product, is a good indicator of the development of the insurance industry. While South Africa’s GDP per capita is similar to that of other emerging economies, it has high insurance penetration: premiums make up 14% of GDP compared with 4% for emerging markets and 9% for industrialised countries.

On a more general note, the financial services industry in South Africa is world-class. Overall, for the financial market development category, the country ranked fourth out of 142, according to the Global Competitiveness Index 2011/12. In several sub-categories, it ranked number one.

Its insurance sector is world-class, and skills are readily transferable.

English is one of the official languages and is widely spoken. South Africa is also culturally much closer to Europe, compared with countries such as India and the Philippines. There is only a one- to two-hour time difference between South Africa and Europe. And the country, especially Cape Town, offers a superb lifestyle, which will not only convince migrant actuaries to return but also entice European actuaries to try out secondments, if the outsourcing propositions take off.

HOW TO IMPLEMENT OFFSHORING OR OUTSOURCING

South Africa offers insurers the opportunity to build actuarial capability to gain competitive advantage, and should not be seen as a cost arbitrage opportunity. The main reason for considering South Africa is to allow outsourcing of a knowledge based process.

Limited experience exists to date. However, lessons can be learnt from those few pioneering firms that have set up actuarial operations in South Africa. Examples are:

For actuaries themselves, this could be the best of both worlds – a high powered international and Solvency II-related career alongside one of the best lifestyles on offer.

Jay Tikam recently led the implementation of a South African actuarial centre for one of the world’s largest insurers. He can be contacted at jay.tikam@vedanvi.com